Kearny Mesa, California (June 9, 2022) – A woman was fatally hit by a vehicle in Kearny Mesa on Tuesday morning, according to authorities.

The collision happened at Convoy Street and Othello Avenue when a Tesla heading west on Othello ran a red light at the intersection. 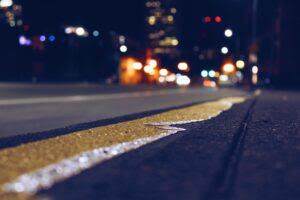 The Tesla hit a dip, and the impact sent the car flying into a woman who was walking southbound on Convoy.

It eventually came to a rest on a small embankment along the intersection.

The woman, a 40-year-old, suffered critical injuries and was rushed to a hospital, where she was later pronounced deceased.

The driver of the Tesla, a 39-year-old man, was arrested on suspicion of driving under the influence of drugs.