CHP officials received reports of the accident at around 5:22 p.m. on northbound Interstate 805 near the Balboa Avenue on-ramp. 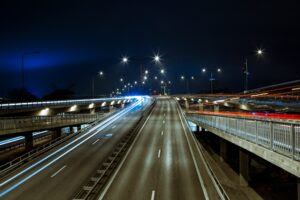 First responders found three cars involved in the collision. One of the cars reportedly slammed into the others under unclear circumstances.

The crash resulted in minor injuries. An ambulance was dispatched to the scene to provide medical aid to an unknown number of victims.

CHP is investigating to determine factors contributing to the accident.