The collision happened at 2:55 a.m. on June 19, on Interstate 80 at the Bay Bridge near Treasure Island. 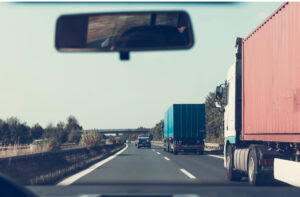 As per the CHP officials, a 2007 Infiniti M45 was traveling on I-80 when it developed a mechanical problem and halted. A 2014 Nissan Frontier pickup truck crashed into the Infiniti a few seconds after it had stopped. The Infiniti sustained significant damage following the collision.

The Contra Costa County resident Ramirez was found unconscious by the responding medical personnel. He was declared dead at the scene.

Officials arrested the Infiniti’s driver, a 22-year-old woman from San Francisco, on suspicion of DUI.

San Francisco, California (June 19, 2022) – A 22-year-person was killed in a two-vehicle collision early Sunday morning on the Bay Bridge in San Francisco.

The 2:55 a.m. collision occurred on westbound 80 Freeway near Treasure Island Road, according to the California Highway Patrol.

Officials say a 2007 Infiniti M45 sedan slowed down due to possible mechanical problems when it was rear-ended by a 2014 Nissan Frontier pickup truck.