Victorville, California (June 21, 2022) – Authorities have released the name of the motorcyclist who was critically injured and later died following a crash with a vehicle at an intersection in Victorville.

On Wednesday, June 15, 2022, at 3:48 PM, deputies from the San Bernardino County Sheriff’s Department responded to reports of a traffic collision in the area of Balsam Road and Lone Eagle Street in Victorville.

On arrival, the deputies located Fed Ex carrier van and a gray Suzuki motorcycle at the scene. James Chaidez, who was riding the street bike, was airlifted to Loma Linda University Medical Center with critical injuries where he succumbed to his injuries two days later.

Victorville, California (June 15, 2022) – A person was airlifted from the scene of a collision between a van and a motorcycle in Victorville on Wednesday afternoon, according to authorities.

A gray Suzuki street bike and Fed Ex carrier van were involved in the crash at around 3:48 p.m. in the area of Balsam Road and Lone Eagle Street. 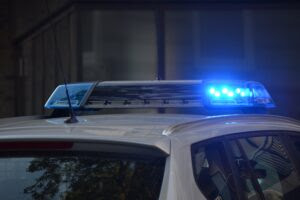 Details on what led up to the wreck were not immediately available.

The motorcyclist reportedly suffered critical injuries in the accident.

Medics airlifted the rider to a trauma center for treatment.

The crash caused a closure of Balsam Road for hours as authorities investigated the incident.