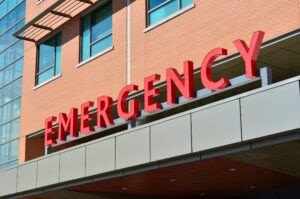 A gray 2019 Nissan Frontier collided with a gray 2004 Chevrolet Trailblazer under unclear circumstances. Both cars were blocking the roadway after the accident.

Firefighters responded to the scene to find both drivers with moderate injuries. The motorists were taken to Sutter Roseville Medical Center for treatment.